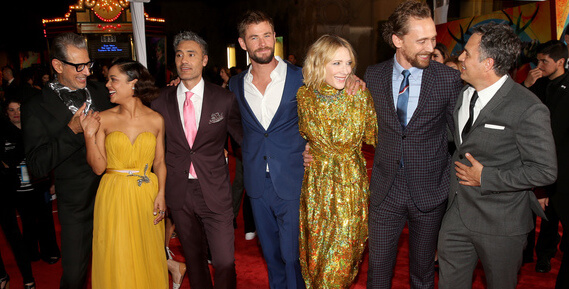 On Tuesday, October 10, the stars of Thor: Ragnarok gathered in Hollywood for the film’s world premiere.

See highlights from the star-studded premiere in our video below.

In the new Marvel film, the mighty Thor (Chris Hemsworth) finds himself imprisoned and in a lethal gladiatorial fight with the Hulk (Mark Ruffalo), his former ally. Now, Thor must fight for survival and race against time to prevent the all-powerful Hela (Cate Blanchett) from destroying his home and the Asgardian civilization.