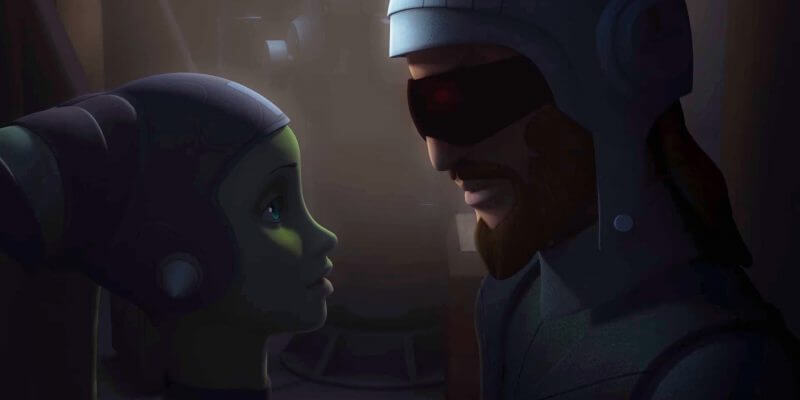 As “Star Wars Rebels” continues to wind down in its final season, fans will finally get payoffs to long-gestating plot threads in the popular “Star Wars” animated series on Disney XD. One of the biggest remaining loose ends is the fate of Ezra Bridger’s home planet of Lothal, which is currently under Imperial occupation.

In this week’s double-header of two all-new episodes, the crew of the Ghost returns to Lothal once again to confront the Empire. Along the way, we can expect Jedi knight Kanan Jarrus and Rebel Captain Hera Syndulla to get closer than we’ve seen them before, continuing to close the circle on another lingering element of the show’s ongoing story.

In the second episode premiering this week, we’ll see Ezra, Zeb, and Ryder face off against Grand Admiral Thrawn and his troops.

With just sixteen installments remaining in this last batch of episodes, anything can and will happen to these characters. So if you’ve been holding off on catching up on “Star Wars Rebels,” now is the time to power through.

Both of these episodes of “Star Wars Rebels” will air this Monday, October 30th on Disney XD.