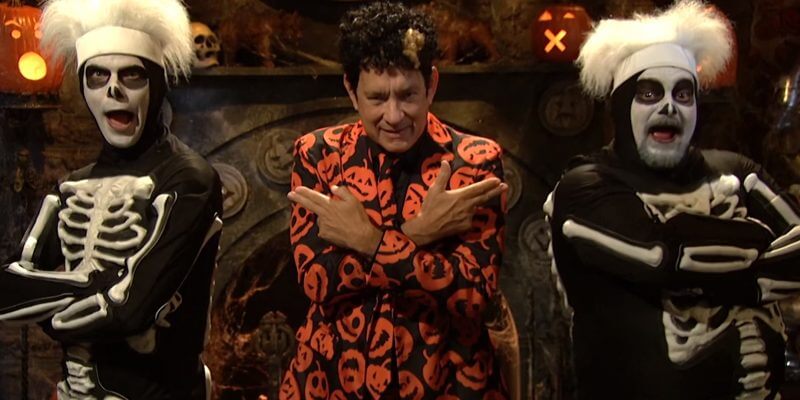 David S. Pumpkins, a character originated by movie megastar Tom Hanks on NBC’s “Saturday Night Live” last year, has quickly become one of the most enigmatic emblems of the Halloween season. And now he’s getting his very own special just in time for the scariest holiday of them all!

The special will also star Peter Dinklage (“Game of Thrones”) as the Narrator and airs this Saturday at 11:30 PM on NBC instead of “Saturday Night Live” this weekend.

Earlier this month we visited Madame Tussaud’s in Orlando to check out their new Davis S. Pumpkins wax figure, and it’s already proven a very popular addition to the museum. Any questions?

Comments Off on VIDEO – Prepare for a spooktacular weekend with “The David S. Pumpkins Halloween Special” trailer