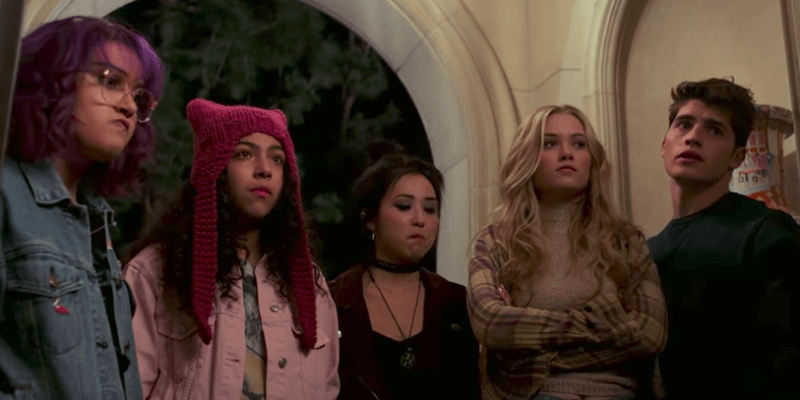 Marvel has a lot of exciting new projects coming out in the near future, including “Thor: Ragnarok” which hits theaters next week, and “The Punisher” which comes to Netflix mid November. One of the most unique new series coming from the studio though is “Marvel’s Runaways.”

A group of teenagers flee from their families after they learn that their parents are super villains, and they themselves have unique abilities. If that’s not interesting enough for you, one of them has a telepathic link with a genetically engineered dinosaur!

A brand new trailer for the new series gives us our best look yet at the plot, the team and the individual characters, including the aforementioned telepathic dino.

“Marvel’s Runaways” will premiere on November 21, exclusively on Hulu.

Comments Off on VIDEO: New trailer for “Marvel’s Runaways” gives us our best look yet at the teenaged super team