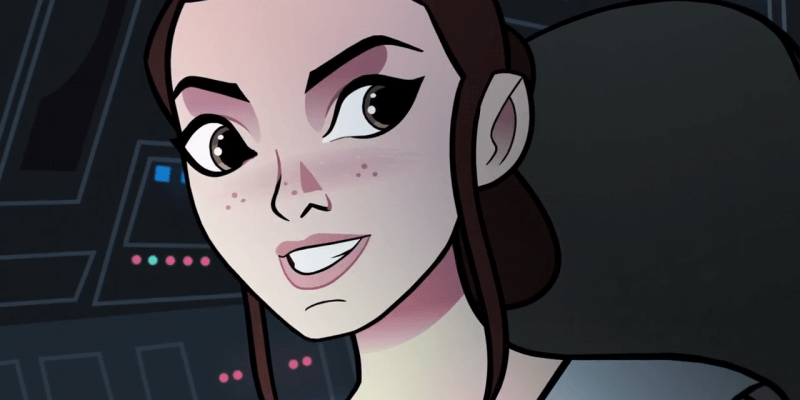 Star Wars: Forces of Destiny returned to Disney Channel for its second batch of episodes on October 1, and the first new installment has arrived online.

In “Tracker Trouble,” viewers are taken aboard the Millennium Falcon as Rey, Han Solo, Finn, BB-8, and Chewbacca race against the clock to rid the ship of a tracker bomb. The exciting short features Daisy Ridley as Rey and John Boyega as Finn, with a pretty impressive Harrison Ford impersonator standing in as Han Solo.

New episodes of “Star Wars: Forces of Destiny” will be added to the Disney YouTube page each week.

Comments Off on VIDEO: New “Forces of Destiny” episode sees ‘Star Wars’ favorites race against the clock on Millennium Falcon