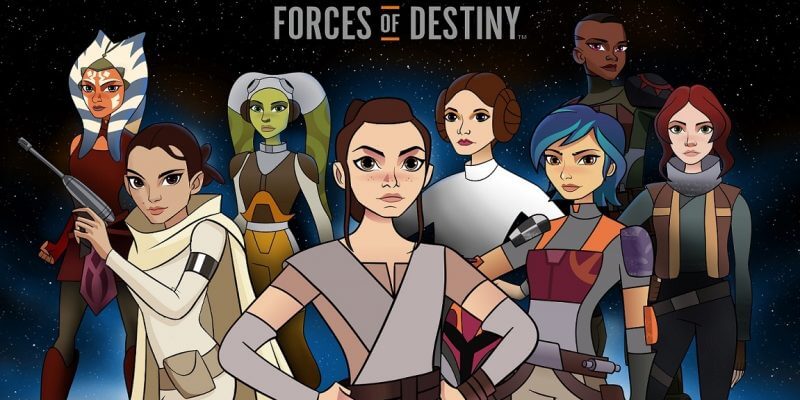 When the popular Lucasfilm-produced web series “Star Wars: Forces of Destiny” made its debut with eight short episodes back in July, fans got a big kick out of seeing female hero-driven animation that breezily filled in the gaps between plot points between the three “Star Wars” movie trilogies, the two canon TV shows, and “Rogue One: A Star Wars Story.”

Now “Forces of Destiny” is returning for its second batch of episodes (not quite a second season, since these were all made at the same time) and voice talent from across the “Star Wars” universe is helping to bring the high-energy series to life once again.

The new collection of “Star Wars: Forces of Destiny” episodes will be split into two half-hour Disney Channel specials, the first of which will air this Sunday, October 1st at 8:00 PM, followed by the second on October 29th. The installments will then make their debuts on the Disney YouTube page after the televised premieres.

Comments Off on VIDEO – “Star Wars: Forces of Destiny” web series returns with new trailer for second batch of episodes