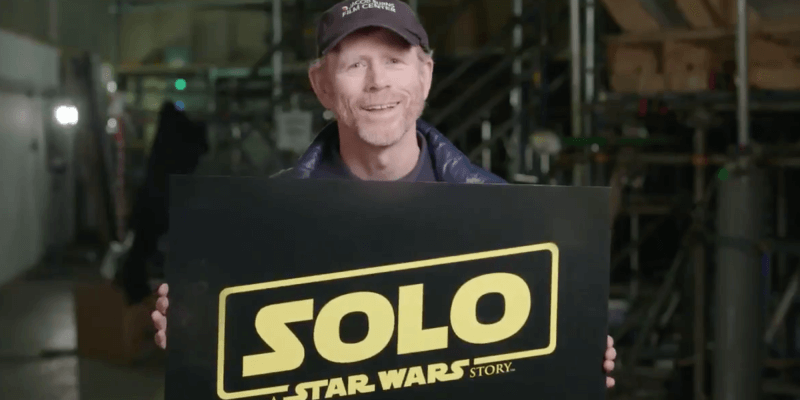 The film is called Solo: A Star Wars Story. See Howard make the announcement via his Instagram account below, where he also reveals the movie has completed principal photography.

Ok, so here's a special message as we wrap production! #starwars

With a script written by Lawrence Kasdan (The Empire Strikes Back, The Force Awakens) and his son Jon Kasdan, “Solo” is scheduled for release on May 25, 2018.