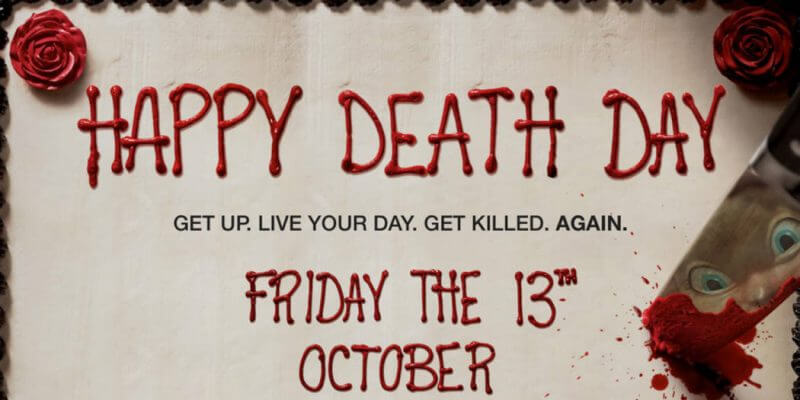 Last month, “IT” was the hot topic and it seemed as though that would be the last big horror movie of 2017. A little bit of research showed that wasn’t necessarily true. I put together a list of horror movies that were still to come in 2017. One of the films on that list was the Blumhouse project “Happy Death Day.”

Before I dive into reviewing the movie, let me preface this by saying, I’m not necessarily the biggest fan of horror films. I wasn’t exactly lining up to see “Insidious” or “Sinister,” to use two other Blumhouse films as examples. I do enjoy slashers, like “Halloween” and “The Purge,” or anything that combines horror with an element of comedy, like “Scream” or “The Cabin in the Woods.” With all that being said, I very much enjoyed “Happy Death Day.”

To fully understand the plot of this movie, just imagine “Groundhog’s Day,” except Bill Murray dies each night and then starts the same day over again. I was interested in the concept right from the beginning. How many horror movies kill the main character in the first 15 minutes?

Tree Gelbman, played by Jessica Rothe, attempts over and over again to stop her killer so that she can live to see the next day. Her efforts start out in a very dark and suspenseful manner, like your typical Blumhouse movie.

One scene in particular stands out in terms of its horror feel. Her first death (that’s not a spoiler, you had to know she was going to die multiple times) is filled with creepy elements like a self-operating music box, a shadowy tunnel and mysterious figure that doesn’t respond to questioning. You know, typical horror movie stuff. A scene not long after has Tree searching for her killer in her room, after she has boarded it up to keep herself safe. The suspense builds while she checks all of the cliché hiding spots for a horror movie killer, before she eventually dies again.

After a few attempts though, the movie takes an unexpected turn. It’s no longer a horror movie. It becomes more of a suspense-driven comedy. Both Tree and the audience realize at the same time that, while these horrific killings she endures are brutal and terrible, the only real consequence is she wakes up and starts over. In fact, a montage of her failed attempts is put to an up-tempo pop song and you catch yourself starting to laugh at her deaths. At this point you may start to wonder what’s wrong with you. Don’t worry, most of the audience is laughing with you, I promise.

Shortly after that, it becomes a bit of an emotional roller coaster, with Tree realizing that she’s being punished for not being a good person. With each attempt she tries to change that by being nice to her roommate, fixing her strained relationship with her dad, that kind of stuff. There’s also the question of “who is the killer?” which keeps the element of suspense alive throughout all of the playfulness. And of course, no “horror” movie would be complete without at least one twist.

If you’re looking for a horror movie that is going to keep you up at night, “Happy Death Day” isn’t for you. It’s not “scary” and it’s not going to give you nightmares. It’s definitely not your typical Blumhouse film. It is however, a suspenseful good time that will make you jump, laugh and keep you on the edge of your seat. If you’re looking for a film that will do all of that, I suggest you see “Happy Death Day.”

Comments Off on REVIEW: “Happy Death Day” is not your typical horror movie, but a fun film that most can enjoy