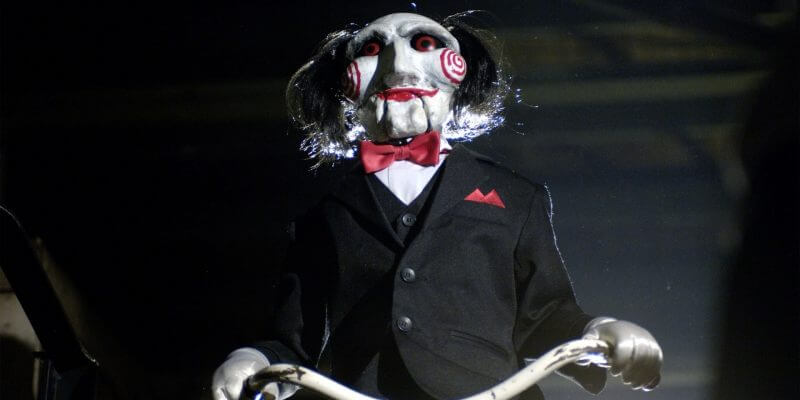 Something wicked this way comes. Halloween is drawing nearer and that means the last horror movies of 2017 are on their way. We have already had a great year of thrillers and chillers with films like “IT,” “Annabelle: Creation,” “Get Out” and more. But it’s not over yet!

There are still plenty of horrifying films to keep you awake at night slated to come out this year. Whether you prefer a paranoia-driven thriller, a paranormal haunt or a serial killer shockfest, 2017 still has something for you.

Here are six bone-chilling horror films still to come in 2017:

No one likes an unwelcome guest. Jennifer Lawrence and Javier Bardem star in this thriller that sees the couple’s relationship tested by uninvited strangers disturbing their home. Is it paranoia, or is there something more happening in the house?

WATCH – THE TRAILER FOR “MOTHER!”:

Have you ever wondered what happens in those few minutes between the moments when someone’s heart stops and when they’re brought back? In this remake of the 1990 film, five medical students experiment with stopping each others hearts. The results are incredible, until they realize they may have opened a door for something else.

WATCH – THE TRAILER FOR “FLATLINERS”:

Imagine you’re trying to solve a series of murders and every day you can see the killer taking another victim. Now imagine you’re the one being killed, and each day you start all over again. A college student relives the same day over and over again and no matter what she does, it always ends in her death.

A detective hunts a serial killer with a very distinctive calling card. The gruesome murders of his victims are marked with a snowman, turning the innocent childhood activity into something horrifying. Michael Fassbender stars in this psychological thriller.

“The Snowman” comes to theaters October 20.

WATCH – THE TRAILER FOR “THE SNOWMAN”:

The Jigsaw killer is back and he wants to play another game. The long-since-deceased serial murderer is somehow claiming victims again. No one is safe from his games.

WATCH – THE TRAILER FOR “JIGSAW”:

A high school student comes across a mysterious vintage Polaroid camera and uses it to take pictures of her and her friends. Little does she know that this camera has a dark secret and anyone in the pictures become victims.

WATCH – THE TRAILER FOR “POLAROID”:

From horror icons, to serial killers to unexplainable beings, there are plenty of movies left in 2017 to haunt your dreams.

Which horror movie are you most looking forward to? Let us know in the comments below!