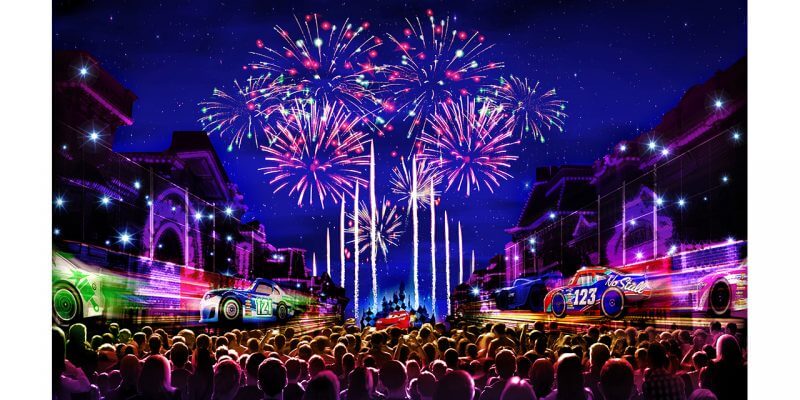 Way back in July, at D23 Expo 2017, Disney Parks Chairman Bob Chapek announced, amongst a slew of other exciting news, Pixar Fest is coming to both parks at Disneyland Resort. Today, Disney released some more information about what this will entail.

A brand new show titled “Together Forever – A Pixar Nighttime Spectacular” will light up the night at Disneyland park. The show will focus on friendship and will use pyrotechnics, music from your favorite Pixar films and projections to tell a story of how friends can overcome any obstacles together. The show will feature a flyover from Buzz Lightyear as well as projections on iconic park locations including Sleeping Beauty Castle, the water screens of the Rivers of America, the facade of “It’s a Small World” and the buildings of Main Street, U.S.A.

Pixar Fest will also bring the return of the very popular “Paint the Night” parade, this time to Disney California Adventure. Guests will be able to see their favorite characters from Pixar films like “Toy Story,” “Cars” and “Monsters Inc.” in this stunningly bright parade. “”Pixar Play Parade” will also be returning, but will now be at Disneyland park. This playful parade will bring back all of your favorites while also adding some new elements that will include characters from “Up” and “Inside Out.”

The Pixar Shorts film festival will allow guests to enjoy some of Pixar’s best, including “For the Birds” and “Lava” at the Sunset Showcase Theater in Hollywood Land at Disney California Adventure. Additionally, a new Pixar-themed musical troupe will be featured at The Paradise Gardens area.

Guests will also find all kinds of special merchandise and themed food and beverages during the event.

Pixar Fest will begin on April 13, 2018 but the celebration will only be around for a limited time!

Comments Off on Pixar Fest will light up both Disneyland parks with a new nighttime spectacular, return of “Paint the Night”