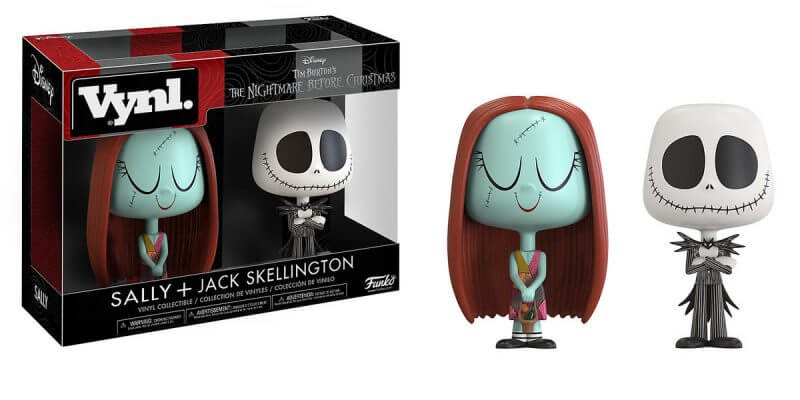 shopDisney has a massive selection of Disney, Pixar, Star Wars, Marvel, and Disney Parks merchandise and new items are added every day. We’ve collected a few of the hottest items that just arrived at the shopDisney store and these Disney Funko figures are just waiting to join your collection. Just in time for the holidays, Jack Skellington and Sally Vynl figures from Funko ($19.95) have arrived to make the season a little spookier. The set includes two fully sculpted vinyl figures inspired by the classic film “Tim Burton’s The Nightmare Before Christmas.” The hauntingly romantic couple make a great holiday gift for the Tim Burton/Disney fan in your life. Celebrate the magical world of Disney-Pixar’s upcoming film “Coco” with this Pop! Vynl figure of charming trickster skeleton Hector. Voiced by Gael Garcia Bernal, Hector helps young Miguel in his quest to find his great-great-grandfather and leave the Land of the Dead. You can take home your own helpful Hector for $12.95. Ernesto de la Cruz, famous singer and pride of Mexico, makes an adorable Pop! Vynl figure. The character from Disney-Pixar’s “Coco,” voiced by Benjamin Bratt, is the great-great-grandfather of Miguel and now resides in the Land of the Dead. Miguel spends the movie searching for Ernesto, but you can take him home now for $12.95. The star of Disney-Pixar’s “Coco” is available in two versions: with face paint and as a special chase variant without face paint. Voiced by Anthony Gonzalez, Miguel finds himself in the Land of the Dead thanks to a magical mishap. You have a one-in-six random chance to receive bare-faced Miguel, so order now and test your luck for $12.95.

Comments Off on New on shopDisney (10/16/17): 5 Disney Funko Items That Will Add Magic to Your Collection