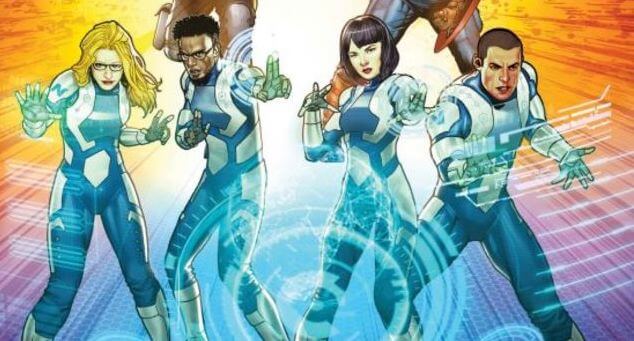 The announcement event scheduled for Saturday during New York Comic-Con was scrapped, and Marvel released the following statement:

The activation with Northrop Grumman at New York Comic Con was meant to focus on aerospace technology and exploration in a positive way. However, as the spirit of that intent has not come across, we will not be proceeding with this partnership including this weekend’s event programming. Marvel and Northrop Grumman continue to be committed to elevating, and introducing, STEM to a broad audience.

Marvel teased the partnership on Friday, tweeting that the company was “joining forces” with Northrop Grumman for a promotional all-ages comic series featuring the Avengers and the “Northrop Grumman Elite Nexus,” or N.G.E.N. The comic included the tagline “Start your N.G.E.N.s” along with career recruitment ads. Fans quickly criticized Marvel for promoting the Military-Industrial Complex to children. Northrop Grumman deals with cybersecurity systems, drones, bombers, laser weapon systems, and other military weapons. In 2015, the company was named the fifth-largest defense contractor in the world and it reported revenue of more than $23 billion.

Northrop Grumman has not commented.