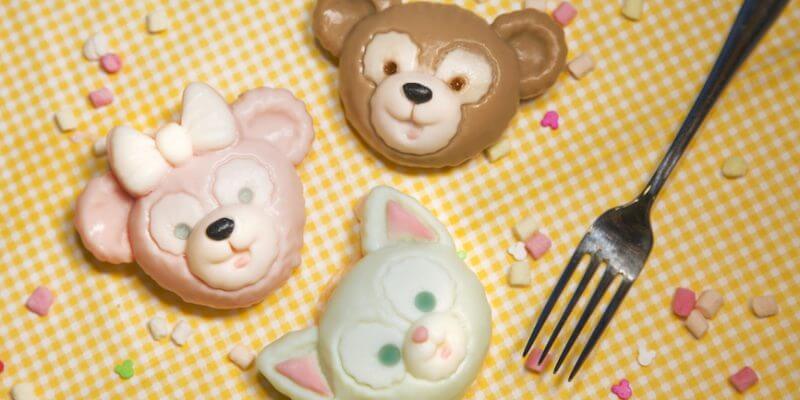 Duffy the Disney Bear is welcoming his friend Gelatoni to the Shanghai Disney Resort.

Named after Italian gelato, Gelatoni is a cat with a passion for painting. As the story goes, Gelatoni first met Mickey Mouse and Duffy at the Palazzo Canals in Italy. They became friends when Duffy spilled his gelato and Gelatoni used it to create a beautiful work of art. Over the years, other friends of Duffy have been introduced to Disney parks including his best friend, ShellieMay. The characters are extremely popular at Tokyo Disney Resort but have appeared in various Disney parks. To celebrate Gelatoni’s arrival at Shanghai Disney Resort, the Whistle Stop Shop on Mickey Avenue includes a new line of Gelatoni-themed merchandise and collectibles. Backpacks, plush toys, t-shirts, accessories, pins, and more can be found at the shop. Food options include Gelatoni, Duffy, and ShellieMay panna cotta, cupcakes, and an ice cream cone. These treats are available at Mickey and Pals’ Market Cafe, Remy’s Patisserie, and Il Paperino.