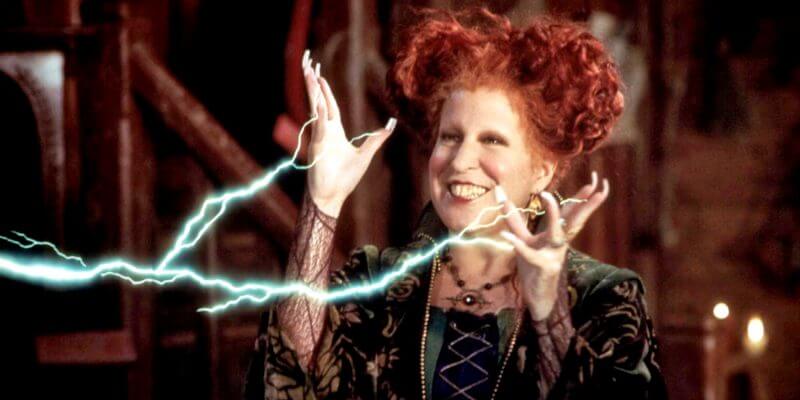 Back in late September, we learned about an upcoming remake of the 1990s cult Halloween classic “Hocus Pocus” currently in development at Disney Channel. Even then, we knew the original cast and creative team weren’t going to be directly involved. But what about the possibility of cameo appearances by the original movie’s trio of sisterly witches: Sarah Jessica Parker, Kathy Najimi, and the divine Bette Midler?

Speaking with People Magazine at a Halloween event last night, Midler (who played Winifred Sanderson in the 1993 film) responded to news about the “Hocus Pocus” reboot. “I know it’s cheap. It’s going to be cheap! I’m not sure what they’re going to do with my character,” she said. “My character is very, very broad and I don’t know who they’re going to find to play that.” Asked whether she would consider returning to the set of the remake for any amount of money, she concluded with a definitive “No, no, no!”

While “Hocus Pocus” fans will likely be disappointed by Ms. Midler’s rebuke of Disney Channel’s plans, our recent interviews with the original’s director Kenny Ortega and composer John Debney seemed to indicate that the entire team would be up for a direct theatrical sequel to the Halloween favorite. They just needs Disney to come on board for the concept.

Comments Off on Bette Midler says “No, no, no!” to Disney Channel’s “Hocus Pocus” remake