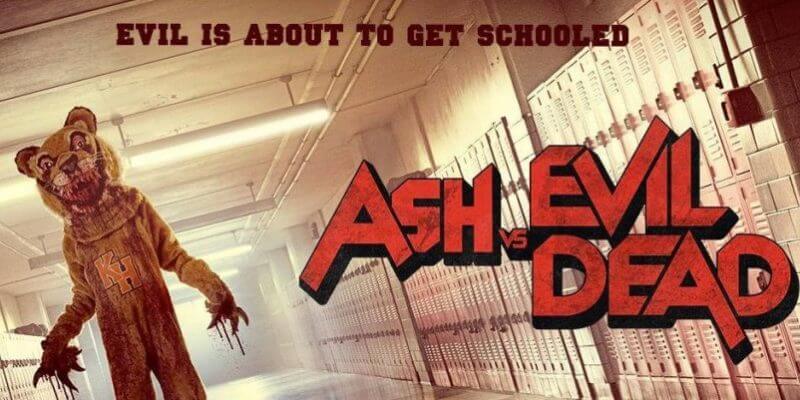 The network released the following synopsis for the gory 10-episode season:

Ash’s status in Elk Grove, MI, has changed from murderous urban legend to humanity-saving hometown hero. When Kelly witnesses a televised massacre with Ruby’s fingerprints all over it, she returns with a new friend to warn Ash and Pablo that evil isn’t done with them yet.

Along with the premiere date announcement, Starz released new art with the tagline “Evil is about to get schooled.” Seasons 1 and 2 of “Ash vs. Evil Dead” are available to stream on the Starz app.

The show is also currently part of Halloween Horror Nights at Universal Studios. Take a look at Orlando’s “Ash vs. Evil Dead” haunted house in our video below.