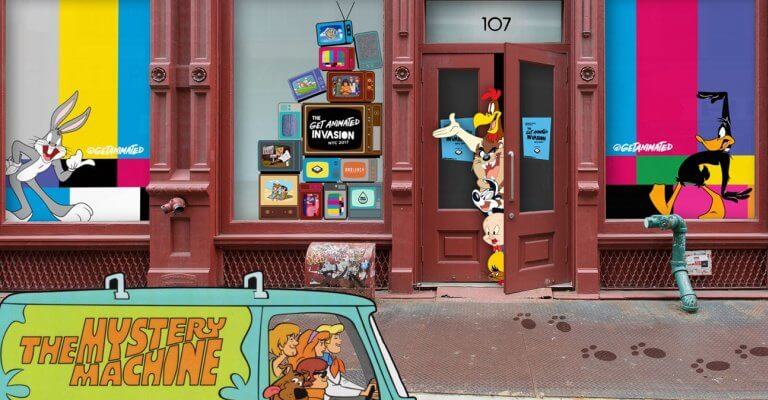 An animated Warner Bros. invasion takes over in New York next month during Comic-Con.

Get Animated Invasion is a pop-up store featuring many familiar animated characters from Looney Tunes, Hanna-Barbera and more. Located at 107 Grand Street in SoHo, the store is a collaboration between Warner Bros., Boomerang, and BoxLunch. The limited-time shop includes interactive installations like Wile E. Coyote’s Cliff, the town of Bedrock from “The Flintstones,” and Scooby Doo’s Spooky Woods.

Also, guests can pick up all-new apparel, accessories, and gifts. The items will also be available at BoxLunch stores and online starting on October 2.

Have you heard what’s coming to NYC? Your favorite cartoons are crash landing in SoHo for the experiential pop-up of your dreams! Check the link in our bio for tickets! #GetAnimatedInvasion

Be sure to try a special ice cream treat created with WB-themed cereal from New York’s Milk and Cream Cereal Bar on your visit.

Get Animated Invasion is open between noon and 7:00 PM from October 6 – 8. Reservations are available now at the Get Animated website.

Comic-Con kicks off in New York on October 5 and runs through October 8 at the Javits Center. Tickets for Thursday, October 5 are still available on their website.

Comments Off on Warner Bros. pop-up store “Get Animated Invasion” arrives in New York during Comic-Con 2017