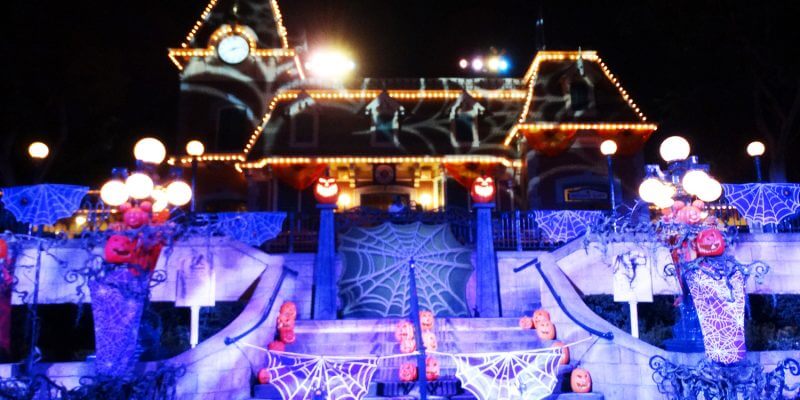 It’s really not so scary, but don’t call it that! The Southern California version of the Magic Kingdom’s after-hours Halloween celebration is known simply as Mickey’s Halloween Party, but despite the shorter name, the Disneyland event is jam-packed with just as much frightful fun as its Florida counterpart.

In addition to Trick-or-Treat candy trails scattered throughout the park, Mickey’s Halloween party offers the exclusive fireworks show “Halloween Screams- A Villanous Suprise in the Skies,” atmospheric entertainment along the Rivers of America, the Pixar Pals Halloween Dance Party, a talking scarecrow, and an updated version of the popular “Frightfully Fun Parade” down Main Street, USA.


As a Disneyland regular, it’s always nice to visit the park when something new and different is made available, and Mickey’s Halloween Party certainly is that. Most of the map is made over with a ghostly glow via an eerie new lighting scheme, and projection effects bring Main Street, Sleeping Beauty Castle, and even It’s a Small World to life with animated season-appropriate effects. It all adds up to an unforgettable autumn evening in Walt’s original Magic Kingdom.