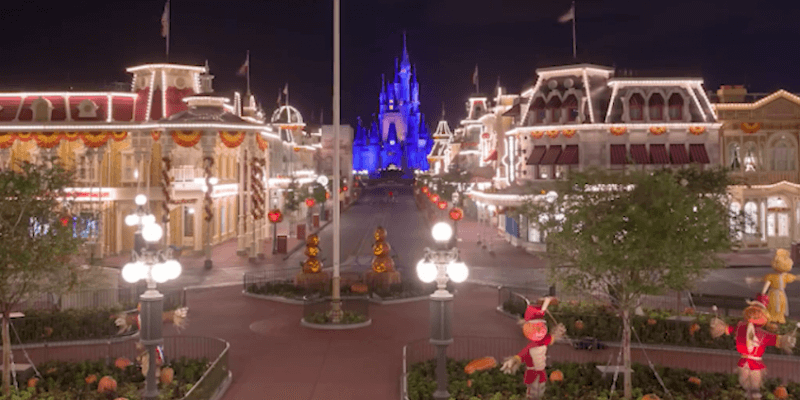 The Halloween season is in full swing, especially at Magic Kingdom in Walt Disney World. Mickey’s Not-So-Scary Halloween Party began a few weeks ago and the park underwent a decorative overhaul to transform from the most magical place on Earth into the spookiest place on Earth.

Disney released a video today showcasing the transformation, condensing all of the hard work into just over a one-minute time-lapse video set to “This is Halloween” from “The Nightmare Before Christmas.”

WATCH – A TIMELAPSE OF MAGIC KINGDOM BEING PREPARED FOR HALLOWEEN:

Mickey’s Not-So-Scary Halloween Party will run on select nights from now through November 1, but the Halloween decorations at the Magic Kingdom can be seen at any time until then. For tickets and more information, visit Walt Disney World’s official website.