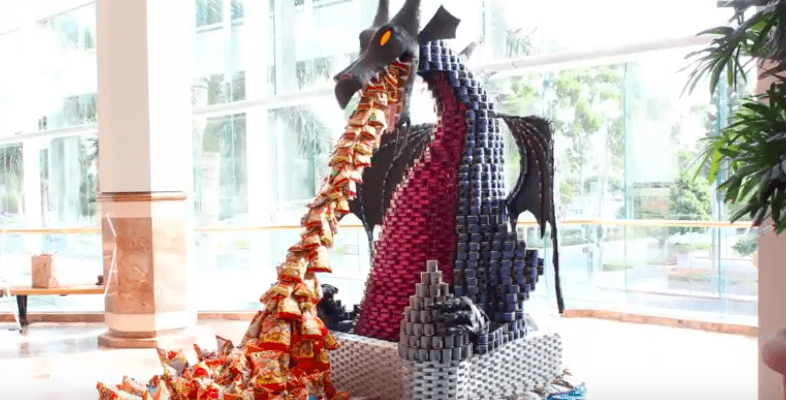 About a week ago, we found out that Disneyland Resort’s Design and Engineering team would be erecting a 10-foot tall Maleficent Dragon, celebrating the return of Fantasmic! to Disneyland as well as the 10th anniversary of CANstruction Orange County.

It took the team six months to brainstorm, design and build the massive character and they used 5,250 canned and packaged goods to create the finished product.

CANstruction Orange County is a design competition that raises funds and collects donations for the Orange County Food Bank to help put an end to hunger, and the team from Disneyland has participated each of the 10 years the event has been going on.

This year’s CANstructures are on display from now through September 24 at South Coast Plaza, John Wayne Airport and the Anaheim Regional Transportation Intermodal Center (ARTIC). You can vote for your favorite here.