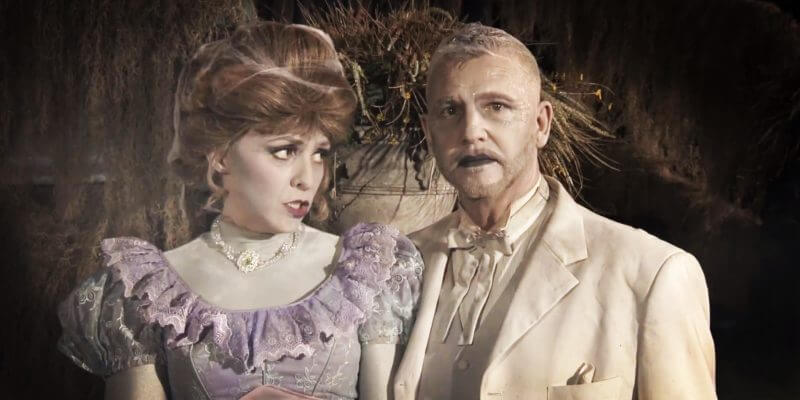 About a month ago Walt Disney World gave us a behind-the-scenes peek at how the Grave Diggers rehearse for Mickey’s Boo-To-You Halloween Parade during Mickey’s Not-So-Scary Halloween Party at Magic Kingdom.

This week the Disney released another look a the rehearsal process for the popular parade, this time focusing on the zombie-like “Waltzing Dead” ballroom dancers who make their way down Main Street, USA and the rest of the route through the park. As part of the Boo-To-You Parade’s Haunted Mansion Unit, the Waltzing Dead (or Dead Waltzers, as they are also called) performers each come up with their own backstories and tragic fictional demises for their characters.

“As a couple, we ask them to create something of a story – did one of them fall off a cliff? Did one of them get electrocuted?” says Boo-To-You choreographer Larry Kornfehl. “We like to have a lot of fun with it and some of the stories they come up with – oh my gosh – they’re very creative.”