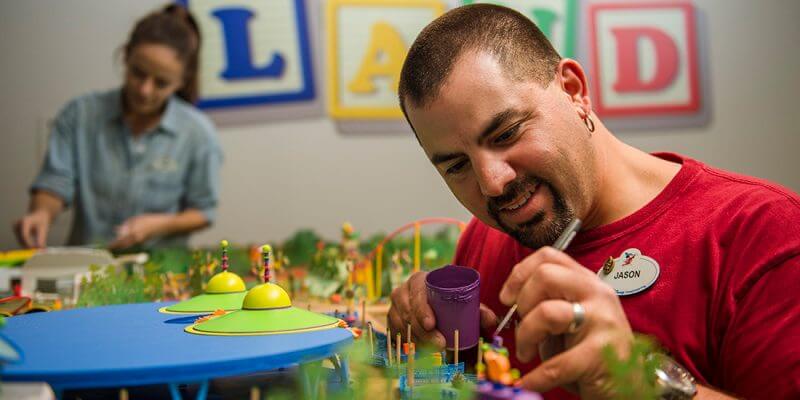 Disney’s Hollywood Studios theme park is currently undergoing a major transitional phase. With several attractions and areas recently shuttered to make room for planned expansions, fans have been clamoring for something new to experience in the park as they wait for the future to arrive.

Today Disney revealed that the Walt Disney Presents attraction (which was previously reported to replace One Man’s Dream at Hollywood Studios) will open to guests next Friday, September 8th at Walt Disney World. According to the announcement, Walt Disney Presents will include a portion of the Star Wars: Galaxy’s Edge model that was unveiled at D23 Expo 2017 this summer, plus an all-new model of Toy Story Land being constructed by Imagineering as we speak. An interesting side note– now Disney is citing that only a “portion” of the Galaxy’s Edge model will make its way to Hollywood Studios, rather than the entire massive structure. Does that mean a portion has been left behind in California, perhaps intended to go on display at Disneyland sometime in the near future? Or is the One Man’s Dream building simply too restrictive to accommodate what was such a huge exhibit? We’ll find out soon at Walt Disney World.