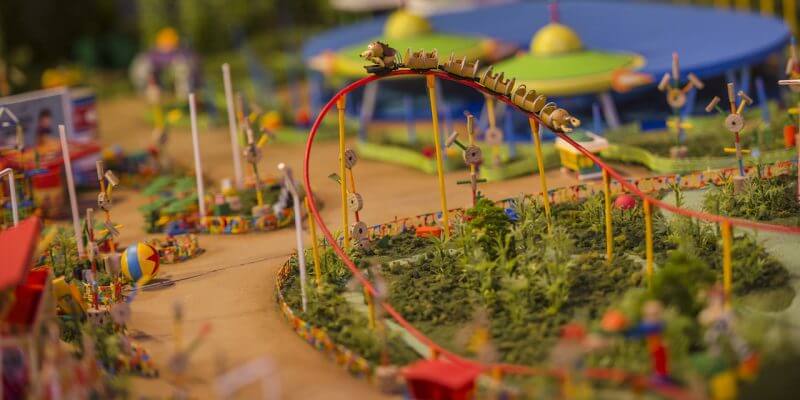 Walt Disney Presents officially opens its doors on Friday, September 15, offering a look at the past, present, and future of Disney parks.

Starting today, a model of Toy Story Land is on display at the attraction in Disney’s Hollywood Studios. Toy Story Land is set to open in Summer 2018 and will “shrink” guests down to the size of a toy to explore the fun of Andy’s backyard. The model gives a closer look at the details of the new land, including the two major attractions: Slinky Dog Dash and Alien Swirling Saucers. Walt Disney Presents will also be home to models and renderings of the new Star Wars: Galaxy’s Edge and Mickey & Minnie’s Runaway Railway attractions, though those have not been added yet.

In addition to the Toy Story Land model, an exhibit tracing Disney history through sketches, storyboards, and photos is also on display. We’ll have video to give you an even closer look at the Toy Story Land model later today, so check back for updates.