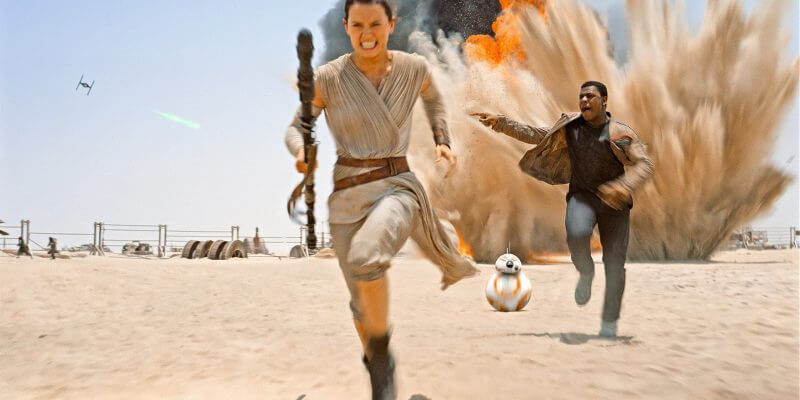 It’s a big news day for Star Wars fans. First, we learned the name of the new director for “Star Wars: Episode IX” (taking over from the recently-departed Colin Trevorrow, who left the project over “creative differences” with Lucasfilm) and it’s– “The Force Awakens” director J.J. Abrams. And now Lucasfilm has issued an official decree revising its release date for the troubled ninth chapter in the Skywalker saga.

“Episode IX” will now be released on December 20th, 2019, pushed back seven months from its previous date of May 24th in the same year. Interestingly, this will give Disneyland guests at least half a year to enjoy Star Wars: Galaxy’s Edge when it opens before having to leave the park to go see Episode IX in the theater (Galaxy’s Edge is currently expected to open in the first half of 2019 in Anaheim).

This move follows the pattern of “Star Wars: The Force Awakens” and “Rogue One: A Star Wars Story” each getting relocated to Christmas releases after being planned for summer. If the current schedule holds, the “Han Solo” stand-alone movie (from new director Ron Howard) will be the only Star Wars movie released during the summer under Lucasfilm’s current parent company Disney.

It makes sense that Disney would delay the release of “Episode IX” after everything that has happened during its development process. First beloved Princess Leia actress Carrie Fisher unfortunately passed away, leaving the script needing a total rewrite. Then in the wake of that sad news, new screenwriter Jack Thorne (“How I Live Now”) was brought on to help Trevorrow revise the story and rewrite the film.

Now both Trevorrow and Thorne are out entirely and J.J. Abrams has stepped in with co-writer Chris Terrio (“Justice League”). They’re going to have an awful lot of catching up to do over the next few months, and it would have been very unlikely for the movie to meet its May 2019 target date. Like with “The Force Awakens,” December seems far more manageable. At the monent, “Star Wars: Episode IX” is the last-announced Star Wars movie of this generation, but Disney is expected to announce further entries in the “Star Wars Stories” series of stand-alone films, each focusing on a different aspect, time period, event, or character from the established Star Wars universe.

It certainly is an interesting time to be a Star Wars fan.