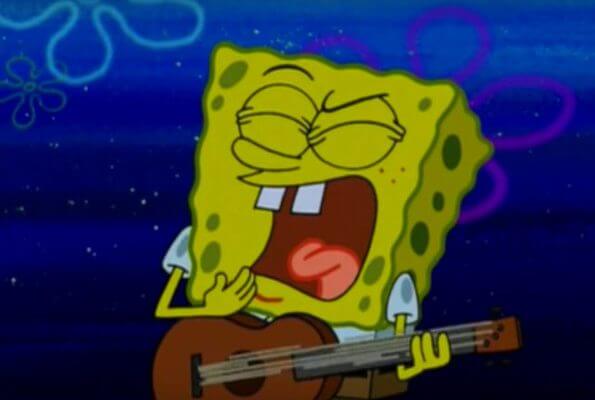 Are you ready kids!? The Spongebob Squarepants Musical, which has been running at Chicago’s Oriental Theatre since last June, will be making its way to Broadway this November but the original cast recording album will be available much sooner than that.

In fact, thanks to NPR, the album is streaming now for those who just can’t wait to get a taste this exciting musical based on everyone’s favorite invertebrate. The songs from The Spongebob Squarepants Musical may have a familiar tune, and that’s because they come from a lineup of rock and pop stars that includes Yolanda Adams, Steven Tyler and Joe Perry of Aerosmith, Sara Bareilles, Jonathan Coulton, Alexander Ebert of Edward Sharpe & The Magnetic Zeros, The Flaming Lips, John Legend, Lady Antebellum, Cyndi Lauper, Panic! At the Disco, Plain White T’s, They Might Be Giants and T.I., and a song by David Bowie.

The album will be released September 22 while The Spongebob Squarepants Musical is set to begin previews on November 6 at the Palace Theatre with an official premiere set for December 4.