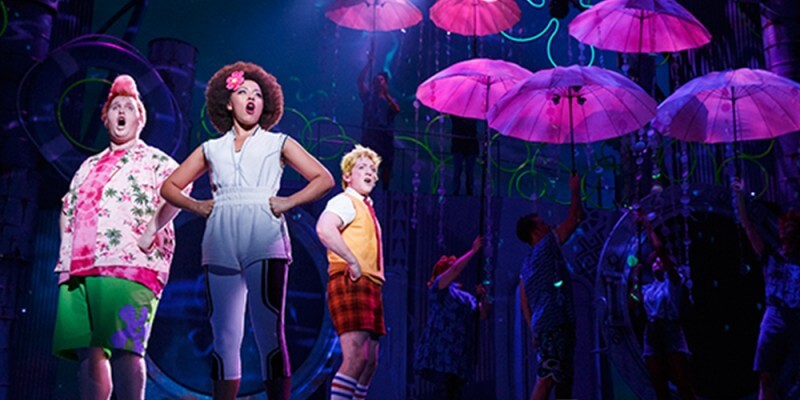 I’m going level with you: I had no idea what to expect from The SpongeBob Musical. The truth is, I still don’t. There are some things that lend themselves smoothly to live theatre, and there are some that crash and burn with the fire of a thousand suns — I’m looking at you, Spider-Man.

But in this case, this wonderful little case, a property comes along that looks and feels true to the source material, while spreading its wings and taking on a new life in a live setting. That’s what I see from The SpongeBob Musical with these new images from Entertainment Weekly. Performances began on June 7 at Chicago’s Oriental Theatre before the potential move to Broadway next season. The show stars Ethan Slater as our hero who lives in a pineapple under the sea. You see, EW reports that SpongeBob takes it upon himself to save his town from the impending doom of a volcanic eruption. Naturally, he is joined on his mission by all the familiar characters from the Nickelodeon cartoon, now come to life onstage: Patrick (Danny Skinner), Sandy (Lilli Cooper), Squidward (Gavin Lee), Mr. Krabs (Carlos Lopez), and Plankton (Nick Blaemire).

And folks, they all look fantastic: The songs for the musical feature some incredible artists too: Aerosmith, John Legend, and Sara Bareilles to Cyndi Lauper, Lady Antebellum, T.I., and David Bowie. Yeah…Bowie. It goes without saying that a lot of love has been put into this production, and I have a very good feeling that it will pay off in spades. The show runs through July 10, and its future is up in the air!

So what you guys think? Are you ready to submerge yourselves in the world of SpongeBob in real life? Let me know what you think and the comments below and, as always, stick with ITM for everything fun!