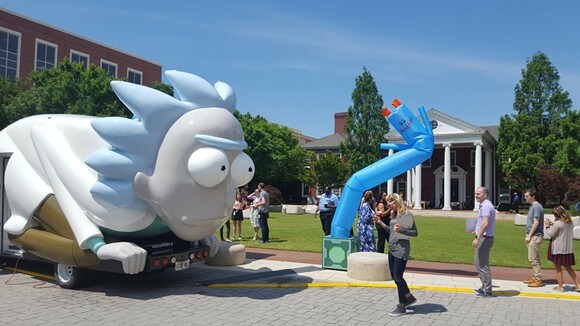 Rickmobile, the mobile “Ricky and Morty” merchandise pop-up store, is heading to Florida next week.

The promotional “Don’t Even Road Trip Across America” tour has brought the Rickmobile to cities across the United States. There are only a few stops left on the tour, and several of them are in the Sunshine State.

Fans can stop by the pop-up shop to pick up video games, craft beer, and limited-edition “Rick and Morty” collectibles. Catch the Rickmobile in the following Florida cities:

After leaving Florida, the tour ends with a few days parked at Comic Con in New York.

If you’re planning on stopping at the Rickmobile, here’s what’s up for grabs:

Remember that supplies are limited and the Rickmobile only accepts debit and credit cards, not cash.

For more information, head over to the Adult Swim website.