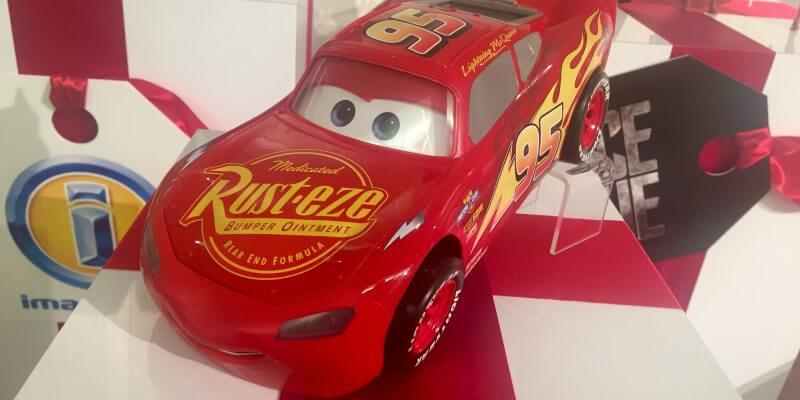 The annual TTPM (Toys, Tots, Pets & More) 2017 Holiday Showcase took over the Metropolitan Pavilion in New York to highlight the hottest toys for the upcoming gift-giving season, and we got a peek at some fun new items from Disney, Hasbro, Mattel and more.

To kick off the event, TTPM announced their list of “Most Wanted” items, which are predicted to be the most in-demand, buzzed about toys of the year. “Star Wars” items appear a few times on the list in addition to cool toys from LEGO, Nintendo, and Hasbro, but it was most exciting to see that a new version of Teddy Ruxpin made the cut.

The animatronic bear was a hot commodity in the 1980s and bounced around to various toy companies until 2010. Now, Teddy makes a return from Wicked Cool Toys and the updated bear includes LCD eyes with over 40 animations. Teddy Ruxpin is $99.99 and suitable for ages 2 and up. Another surefire hit from the Most Wanted list is the Star Wars Droid Inventor Kit from littleBits. Using littleBits electronic blocks, users create their own customized Droid, adding personality with stickers, lights, sounds, and craft materials. The companion app is loaded with over 16 missions to keep the Droid busy for days on end. You can even use household items like milk cartons to bring your Droid to life. The Star Wars Droid Inventor Kit is $99.95 and good for ages 8 and up. To see highlights from the event, take a look at our video below and then scroll down for a more in-depth look at some of our favorite items.

The full TTPM 2017 Most Wanted list includes the following toys, separated by category:

There were plenty of fun items that didn’t make the Most Wanted list on display as well. Much like Teddy Ruxpin, another dose of nostalgia was found with some classic Nickelodeon Slime from Cra-Z-Art. The new Disney Junior series Vampirina had a big presence at the showcase with an adorable outfit and various dolls, play sets, and plushes. This collection will be available from Just Play. Mickey and Minnie also made an appearance courtesy of Just Play. Minnie sings and talks to her puppy pal Snowball while Mickey races in his roadster. Hasbro displayed some fun Disney items including the Dance Code Belle doll, which allows kids to program Belle’s movements and dance routines. Frozen Festive Friends Collection is another highlight from the Hasbro exhibit. Star-Lord Electronic Helmet from Marvel’s “Guardians of the Galaxy” also made an impression at the Hasbro booth. Over at the Universal booth, Minions from “Despicable Me” were in full force. You can even purchase a Minions-inspired suitcase thanks to a collaboration with Away. “Fast and Furious,” another hot Universal property, made an appearance with a few sleek cars. And finally, a few other highlights from around the event included a full table decked out in LEGOs, Ghostbusters toys from Playmobil, Rick and Morty Funko Pop! figures, and some adorable Disney Tsum Tsum Holiday Gift Sets. Did this amazing selection of items inspire any new additions to your holiday shopping list? Let us know which toys are your must-give gifts for the season.

Comments Off on Preview the year’s hottest holiday toys from Disney, Star Wars and more at TTPM 2017