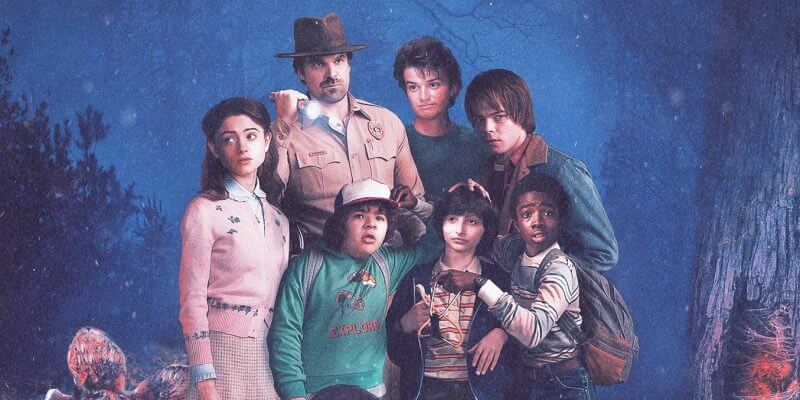 Stranger Things has been promoting its upcoming second season with some fun posters inspired by 1980s movies, and their latest is a nod to the classic “The Goonies.”

Here’s the “Stranger Things” version and the original “Goonies” poster for comparison: The “Stranger Things” poster features more muted colors, keeping up the spooky mood and sense of foreboding created by the TV show.

Other posters in the series have included Jaws, The Evil Dead, and A Nightmare on Elm Street, to name a few. New posters have been revealed each week as part of the #StrangerThursdays social media campaign.

To see more, head over to the “Stranger Things” Facebook page.