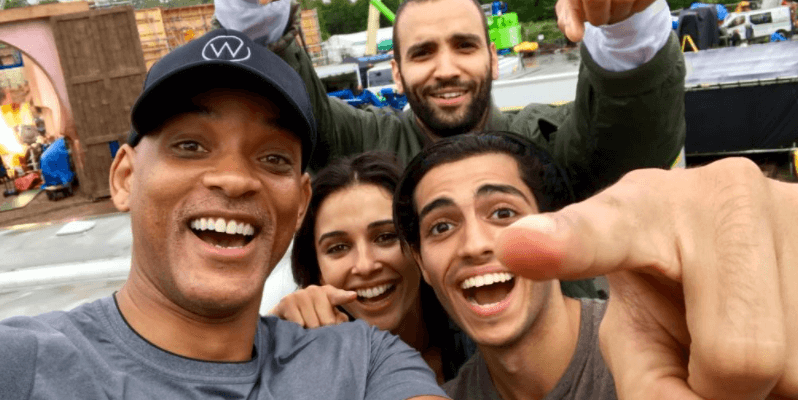 Disney has revealed a first look at the main cast of their upcoming live-action “Aladdin” together on set.

Director Guy Ritchie snapped this photo of stars Mena Massoud (Aladdin), Naomi Scott (Jasmine), Will Smith (Genie) and Marwan Kenzari (Jafar). The background may offer a sneak peek at the set – perhaps a street in Agrabah.

Two new characters have been added to the film, though the actors aren’t pictured above. Nasim Pedrad plays Dalia, a handmaiden and confidante to Jasmine. Billy Magnussen plays Prince Anders, a suitor from Skanland and potential husband for Princess Jasmine.

A release date for the film has not been announced.

Comments Off on PHOTO: First look at Disney’s “Aladdin” cast together on set of upcoming live-action film