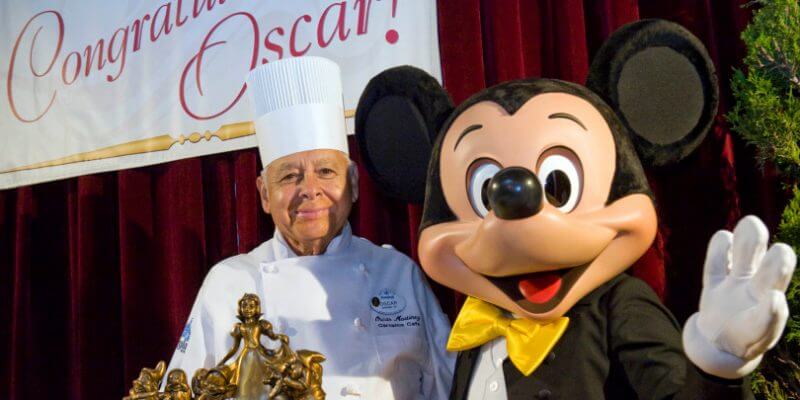 Chef Oscar Martinez, the longest tenured employee at Disneyland, retired on September 27 after 60 years of magic-making.

Martinez has been a chef at Carnation Cafe on Main Street, U.S.A. since 1967. He created the popular breakfast called “Oscar’s Choice,” which was served with his signature potatoes. Recently, he took on the role of ambassador for the Carnation Cafe. He started his career at Disneyland’s Fantasy 1 restaurant in 1956 with no formal culinary training. Martinez worked as a busboy and said he has fond memories of the times he watched Walt Disney walking up and down Main Street taking notes about his new theme park.

Later, he taught other employees about dressing the “Disney Way,” which included short haircuts, clean-shaven faces, and shiny black shoes for men. He also trained employees on grill cooking. A manager noticed his grilling skills in 1967 and offered him a spot manning the grill at Carnation Cafe.

In 2011, he was the first park employee to receive an award for 55 years of employment at Disneyland. Now, after 60 years, Chef Oscar is going to enjoy his retirement. A park spokesperson said Martinez “looks forward to traveling, visiting family and hopes to find time to relax.”