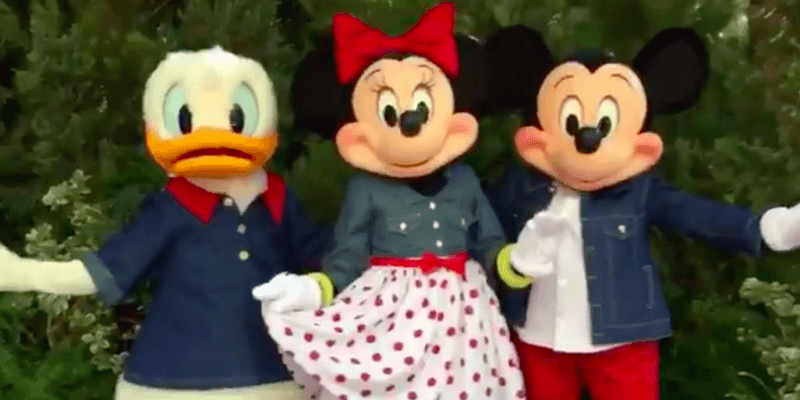 Talking Mickey Mouse made an appearance at Disney California Adventure and he brought pals Minnie and Donald along to chat with park guests.

While Talking Mickey has been spotted before, this is the first time Talking Minnie and Donald have made an appearance. It’s also the first time multiple non-face characters have spoken to each other during a meet-and-greet.

Thanks to Twitter user DisneylandPanda for capturing the moment, which you can see in the video below.

This meet-and-greet is reportedly in test mode, so it’s not clear when these talking characters will appear again. Based on the video the testing seems to be going well, so fingers crossed for spotting this trio together more often in the future.