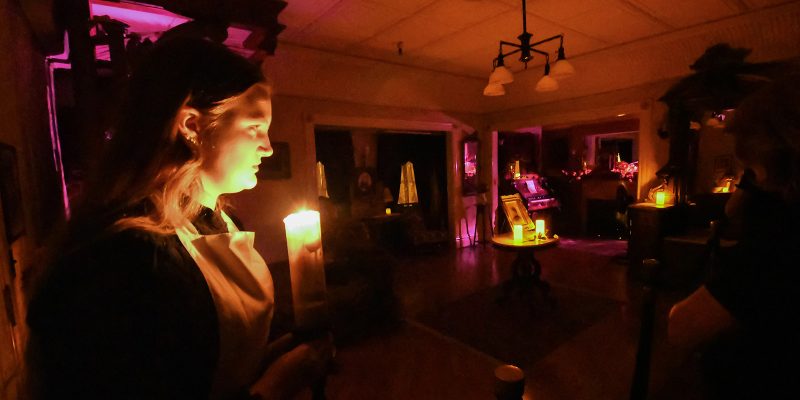 As Halloween approaches, it’s time to start booking some spooky experiences to make the most of All Hallows’ Eve. If you’re looking for something a little scarier than the Haunted Mansion, this list gathers some of the most interesting and frightful ghost tours to help you scare up some fun this season. The Merchant’s House Museum in New York City is known as Manhattan’s Most Haunted House. The Tredwell family lived there for nearly 100 years, and some believe they never left. One of the ghosts may be Gertrude Tredwell, who was born in the house in 1840 and lived there until her death in in 1933. The house was opened as a museum after Gertrude’s death, and strange things have been happening ever since. Take a Candlelight Ghost Tour to experience the inexplicable sounds and occurrences in the unsettling East Village home. Salem, MA, is filled with tales of horror and hauntings year-round, but never more so than during Halloween. Take a nighttime trolley tour to visit the scenes of grisly murders and executions, hear ghost stories, and pass some of Salem’s most haunted locations. See one of America’s most haunted mansions after dark during their Hallowe’en Candlelight Tour. The annual event brings guests into a chilling and Gothic atmosphere as they’re guided through the house using only candlelight. An unseen presence seems to watch as visitors meander through the haunted halls. The rich history of New Orleans, LA, is filled with quite a few horrific and supernatural tales. See Delphine LaLaurie’s haunted mansion on Royal Street, where the screams of her victims can reportedly still be heard. Visit the sites of documented hauntings taken from police records, city archives, and paranormal investigations. The guides for this New Orleans Ghost Tour have been featured on Travel Channel, SyFy, A&E, and more.

5. JACK THE RIPPER TOUR OF LONDON Walk the London streets where some of the most grisly crimes in history took place. The guided tour brings guests on the trail of Jack the Ripper and includes crime scene photographs, letters, and historical evidence. Get all the facts on these famous unsolved murders and see if the Ripper’s victims cast a ghostly presence over the area. The Stanley Hotel is one of the most haunting resorts in cinematic history. Located in Estes Park, CO, the hotel hosted author Stephen King and served as the inspiration for The Overlook Hotel in “The Shining.” The evening tour introduces guests to active supernatural phenomena and folklore surrounding the hotel, which is over 100 years old. This walking tour takes guests through Colonial Williamsburg in Virginia and the William and Mary historic campus. Sites include the Peyton Randolph House, one of the most haunted places in America, and the Haunted Gaol, which once held the pirate Blackbeard’s men. According to the company, many guests on the tour experience paranormal activity. See the dark side of Paris in this tour, which brings guests to the sites of murders, assassinations, Satanism, and cannibalism. Started by Father Sebastiaan, an authority on vampire subculture, the Vampires, Ghosts & Mysteries tour reveals thousands of dark spirits haunting the romantic city. Not only is Boston, MA, the home of many historic sites, it’s also where serial killer Jane Toppan confessed to 31 murders in 1901 and where the Boston Strangler went on his killing spree in the 1960s. Walk among gravestones nearly 400 years old and experience some of the most haunting tales this city has to offer. Dearly Departed offers several tours of the terrifying side of Los Angeles, including the Tragical History Tour, which brings guests to the sites of celebrity deaths and the notorious Black Dahlia murder. You can also try the Helter Skelter Tour to visit the sites of the Tate-LaBianca murders carried out by the Manson family. Whichever tour you choose, these are not recommended for children and not for the faint of heart.

Have you taken any of these frightening tours? Do you have a favorite ghost tour that’s not on the list? Let us know in the comments.