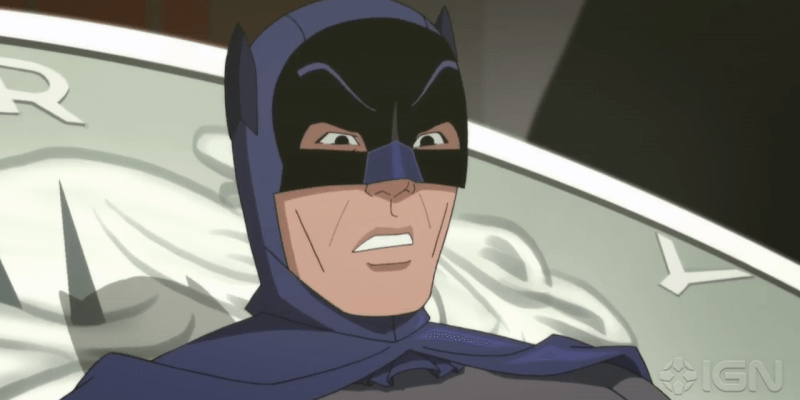 Though Adam West passed away on June 9, 2017, the new animated film “Batman vs. Two-Face” brings us his final performance as the legendary Caped Crusader.

The follow-up to 2016’s “Batman: The Return of the Caped Crusaders” also features William Shatner as the villain Two-Face (aka Harvey Dent), Burt Ward as Robin, and Julie Newmar as Catwoman. In the film, Batman and Robin are on a mission to stop Two-Face’s deranged crime spree.

Preview the face-off between West and Shatner in the video below.

“Batman vs. Two-Face” arrives on Blu-ray and DVD on October 17, and it’s sure to be a must-see sendoff for the beloved Adam West.