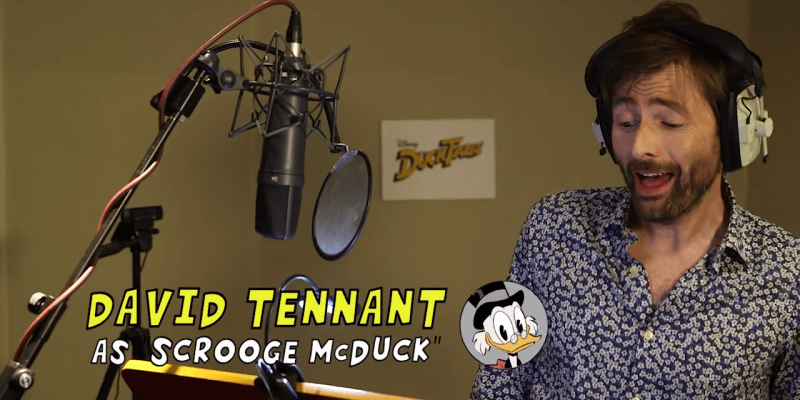 “DuckTales” and its catchy theme song returns to television this weekend, and last year Disney XD released a video of the new cast belting out those “Woo-oos.” Today, this behind-the-scenes video from E! News shows there were a lot of bloopers involved in the making of that video.

The finished version of the video, which you can watch below, has over 5 millions views on YouTube.

The new “DuckTales” series premieres with a 24-hour event starting at midnight on Saturday, August 12. The one-hour TV movie will be presented on Disney XD every hour for 24 consecutive hours, and the series returns with two new episodes on Saturday, September 23.

Comments Off on VIDEO: “DuckTales” theme song bloopers reveal cast getting into the ‘Woo-oo!’ groove