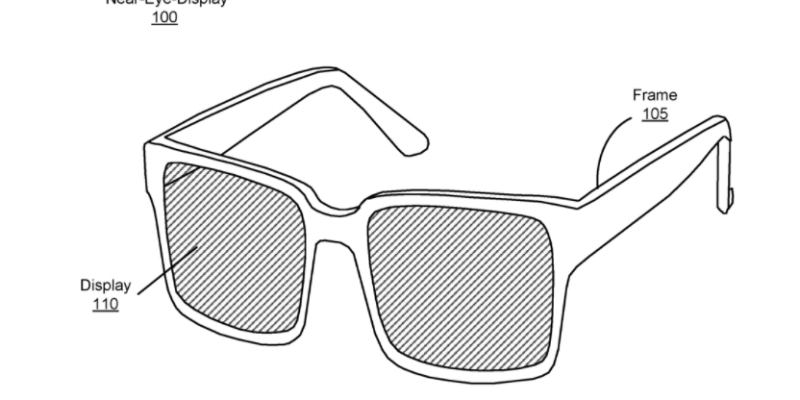 During the F8 developer conference last year, Facebook CEO Mark Zuckerberg mentioned plans to create a pair of augmented reality glasses. Now, the company has filed a patent application that provides a little more detail about the next step in Facebook technology.

The patent is for a “waveguide display with two-dimensional scanner,” a system that would allow the glasses to project images into the user’s eyes. In addition to combining digital and real-world images, the glasses can play audio when connected to speakers or headsets. The slim frames look a bit like Ray-Ban sunglasses, making them easier to wear for everyday use than the standard bulky AR headset. The style is appealing, but the company faces a challenge in creating tech small enough to fit the glasses.

So what do these AR glasses mean for the average Facebook user? It’s not totally clear at this point how the social media company will use the technology, but it could allow users to interact with the world around them in new ways. For example, Disney is toying with the idea of adding AR experience to the parks, which might let guests interact with virtual characters displayed over real-world locations.

The technology is being developed by Oculus, which is owned by Facebook. According to engineers at the company, the glasses won’t hit the market until at least 2022.