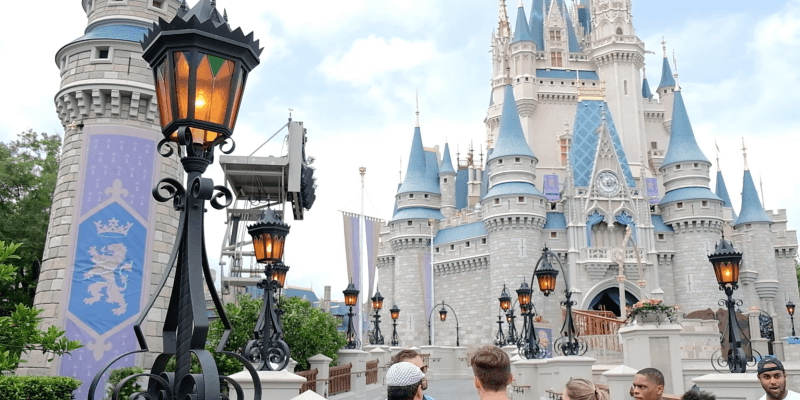 A total solar eclipse visible within a portion of the entire United States is a rare event that only occurs every so many years, so why not celebrate the special occasion at a special place, Walt Disney World’s Magic Kingdom.

Guests took pictures of the event as the sky darkened over Cinderella’s Castle, while the light from the sun was partially blocked by the moon. Members of the crowd all stood with proper safety glasses while looking up at the sun. Some guests pointed their camera’s through a lens of their safety glasses to get pictures of the actual moment when the eclipse peaked. Guests who wanted to enjoy the solar spectacle in a more relaxed setting laid down or sat on the ground of the viewing area outside of Cinderella’s Castle. The lights outside of Cinderella’s Castle and Main Street lit up during the peak of the eclipse. These lights were soon joined by others found throughout the rest of the park as the eclipse continued. The total solar eclipse first began on the west coast around 9am PST and made its way to the east coast by 2:30pm EST. To prepare for the interstellar event, Magic Kingdom had put in place a special change to the park’s attractions schedule, closing Tom Sawyer Island at 2:00PM.

Those who missed out on this special solar event shouldn’t fret, the next solar eclipse to hit the United States will take place in 2024.