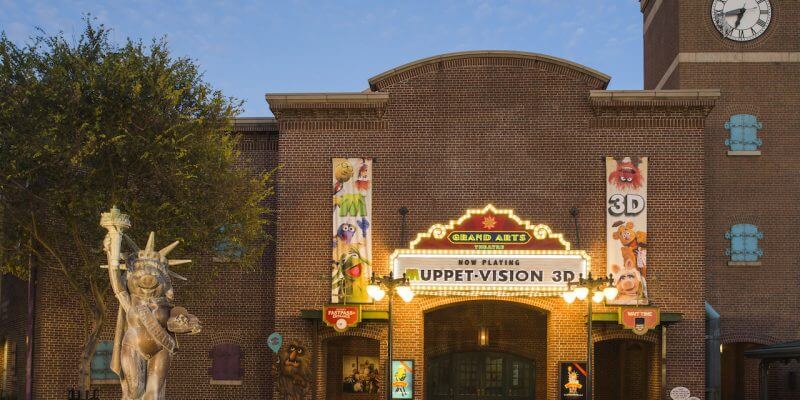 The new Grand Avenue coming to Disney’s Hollywood Studios was announced last month, but not much detail about the area was revealed. Today, Disney has shared exactly where the new area will be when it opens this fall.

Muppets Courtyard and a portion of the former Streets of America are being re-imagined into Grand Avenue. Muppets Courtyard is becoming Grand Park, an urban square off the main Grand Avenue. The area will be surrounded by shops and restaurants, like PizzeRizzo and Mama Melrose’s Ristorante Italiano. The Muppets Theatre has already been renamed the Grand Arts Theatre and has a new marquee, but Muppet Vision 3D will continue to run despite the changes.

As previously reported, Grand Avenue is inspired by present-day Los Angeles with facades for loft apartments, music shops and more. One highlight of Grand Avenue is the Baseline Tap House, a corner pub featuring California beer and wine along with small bites. Changes are already underway for Grand Avenue, and it’s expected to open this fall.