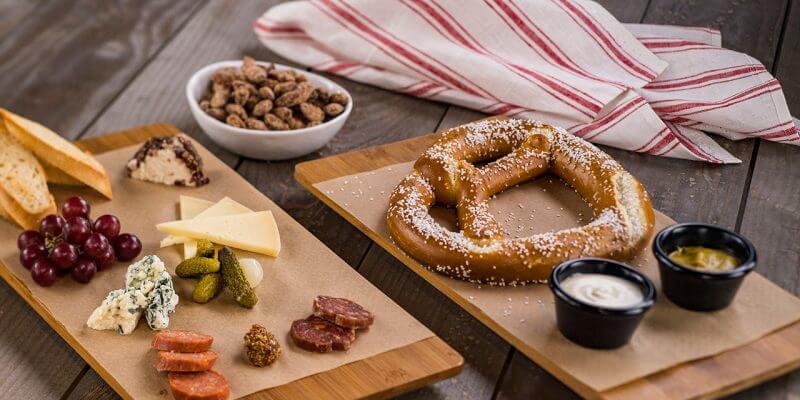 Disney’s Hollywood Studios are currently undergoing a makeover with the construction of the new Star Wars Land, called Galaxy’s Edge, and Toy Story Land. Amid those changes, the park is getting a new “Grand Avenue” area that captures the spirit of present-day Los Angeles.

Designed by Walt Disney Imagineers, Grand Avenue features vintage office buildings and warehouses to showcase the different districts of Los Angeles. One spot that’s been confirmed for the new area is the Baseline Tap House, a corner pub specializing in beer and wine from California.

The Baseline Tap House’s quaint brick building will pay homage to the Figueroa Printing Company, a mom-and-pop printing shop with connections to the Disney studios in Burbank, CA. The bar will feature exposed brick and old printing equipment, blending the past and present of Hollywood. A tree-shaded terrace is available for outdoor seating. The menu features California craft lagers, ales, and ciders, with a variety of wines on tap. Specialty cocktails are also available. Non-alcoholic drinks include gourmet lemonade and sodas on tap.

Small bites include Bavarian pretzels with mustard and beer-cheese fondue and a charcuterie board featuring California cheeses.

An exact location for the new Grand Avenue area and Baseline Tap House has not been officially announced, but it wil likely be in the space between Star Wars Land and the Sci-Fi Dine-In Theater Restaurant. It’s possible that Baseline Tap House will move into the space formerly occupied by Writer’s Stop.

Baseline Tap House will open daily at 11:00AM. Check back soon for an opening date and more information on Grand Avenue.