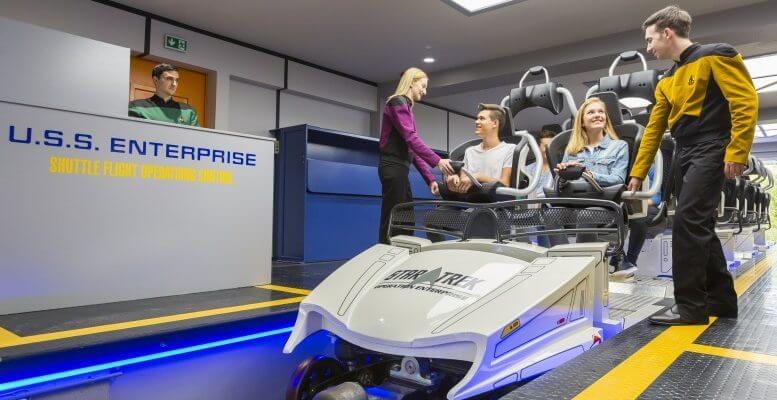 We’re all familiar with the immersive and amazing attractions at theme parks from Disney, Six Flags and Universal.  All three of these easily recognizable brands have exciting adventures awaiting guests here in the United States and around the world.

Disney, Six Flags, and Universal, however are not the only operators of high tech fun on the globe.  There are dozens of other themed amusement adventures to be found around the world.  Many of these new parks feature, and even rely upon, the recognizable realities of popular intellectual properties (IP) to draw crowds to their parks.

To highlight this franchised fueled frenzy, ITM brings you a list of 30 astonishing amusements featuring IP theming. Different variations of these attractions may appear at US theme parks, especially Six Flags parks as that company also licenses some of the same franchises.

MARVEL plays a big role in IMG worlds of Adventure. One of several Adventure Zones in this indoor theme park is entirely dedicated to the Marvel franchise.

19. Cloudy with a Chance of Meatballs River Expedition (Dubai)

From the Scooby Doo Spooky Coaster in Australia to the Zombieland Drop Tower in Dubai, these happily haunted franchise are fiendishly fun.

and finally, this adventure to the final frontier.  The brand new Star Trek coaster: Operation Enterprise from Germany’s Movie park.

Thirty themed experiences, an intellectual property proliferation trend that sure to continue with many more theme parks and attractions coming soon guests to enjoy. For example, future franchise fun is expected at 20th Century Fox World in Malaysia (opening later this year).  Among the many attractions, “Rio,” “Ice Age,” “Life of Pi,” “Night at the Museum,” “Planet of the Apes,” “Predator vs Alien,” and “Titanic” themed adventures are to be part of this movie-centric destination.

Have you enjoyed any of these fun franchise finds?  What do you prefer, IP themed attractions or organic, original concepts?  Please tell us in the comments below.

Comments Off on Franchise Frenzy: 30 Exciting IP Experiences from Theme Parks Around the World