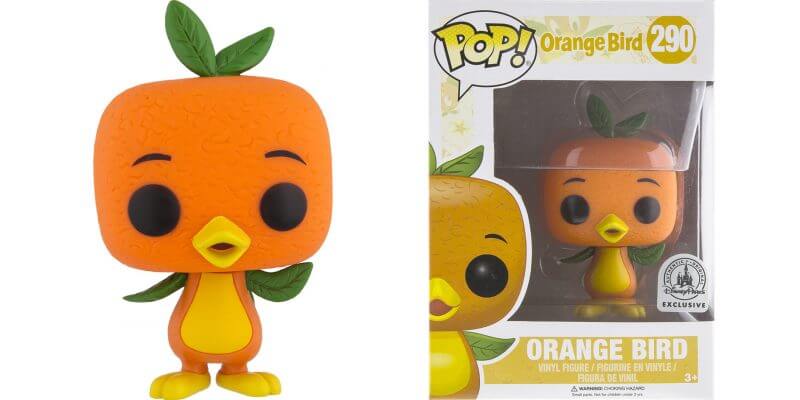 The enigmatic Orange Bird character was created by Disney in 1970 as a mascot for the Florida Citrus Commission when they signed on to sponsor the Enchanted Tiki Room (then called Tropical Serenade) attraction at Walt Disney World‘s Magic Kingdom. Since then, Orange Bird has had numerous scattered appearances in Disney parks and merchandise, including a starring role in his own Marvel comic book series last year.

Now the popular toy company Funko has revealed an exclusive Orange Bird Pop! Vinyl figure that will only be available at Walt Disney World. Disney fans have been anticipating this release ever since images of a prototype version of the figure appeared on Reddit six months ago: The Orange Bird Pop! Vinyl figure will be available at Pin Traders at Disney Springs Marketplace and Pirate’s Bazaar at Magic Kingdom beginning Friday, September 8th. Be sure to grab one if you have the chance, as these park exclusive Pop! Vinyls have proven extremely popular.