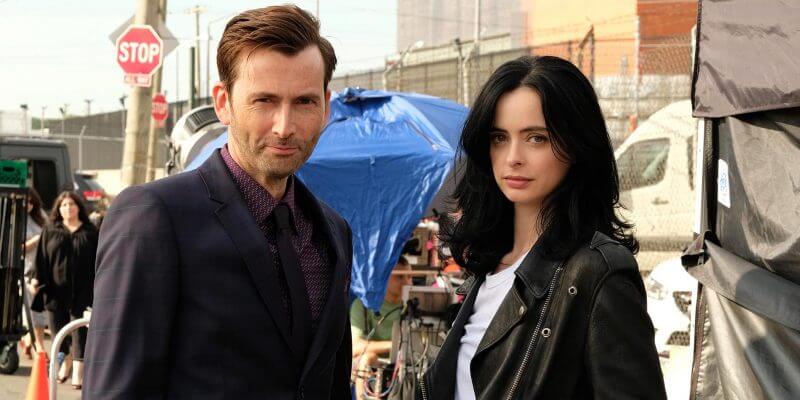 After David Tennant’s performance as the stunningly evil Kilgrave in season one of Marvel’s “Jessica Jones,” fans have been wondering if the actor would make an appearance on the upcoming second season.

Though plot details are unknown, Entertainment Weekly has confirmed Tennant’s return to the series and shared this exclusive first look at Tennant on set with Krysten Ritter. It’s likely Kilgrave will appear in flashbacks since (spoiler alert!) he was killed by Jessica Jones in the season one finale.