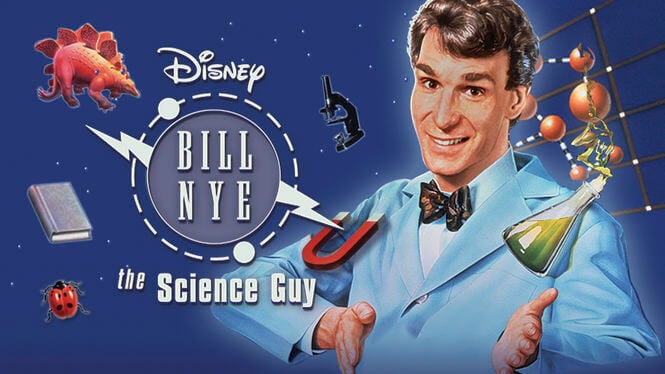 Nye filed a lawsuit against Disney, ABC, Buena Vista Television and Touchstone, along with several others. According to the lawsuit, Nye was shorted millions of dollars due to accounting errors. He claims he and several partners developed “Bill Nye the Science Guy” and are entitled to half the show’s net profits under a deal made with Buena Vista Television.

Nye first became suspicious of Buena Vista’s royalty calculations in 2008 and tried to get an explanation from the company about an apparent accounting error. When that failed, he hired an external auditor. The audit finally began in May 2016, but Nye says Disney failed to provide documents related to deals with Netflix, Apple, and online income. “Bill Nye the Science Guy” aired from 1993 – 1998, originally on PBS and later on various channels through syndication. The show was distributed by Buena Vista Television.

The lawsuit was filed this week in Los Angeles and Disney has not commented yet, according to The Hollywood Reporter.

Until recently, Nye was featured in the Universe of Energy attraction at Epcot. The ride closed on August 13, 2017, but you still can experience the attraction and see Nye in our video below.