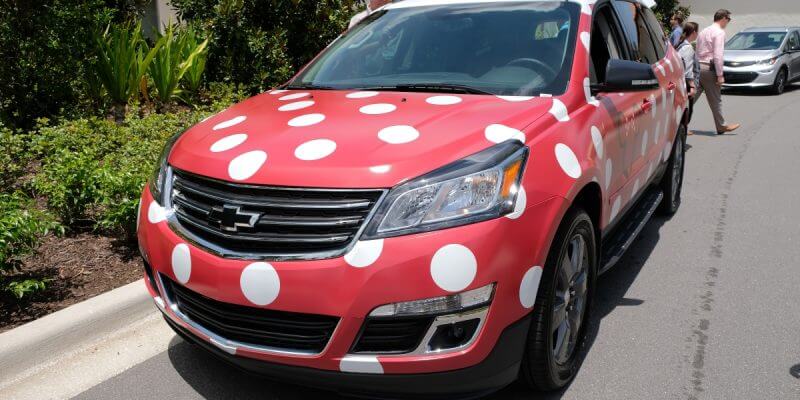 Earlier this month, Disney announced the new Uber-like ride system available to guests who want to move around the Walt Disney World resort in a more private means. Now we have an inside look at this cute new ride.

When riding in the van, guests can take in the sounds of music that can actually be found within the parks. Each Minnie van can seat up to six people comfortably. Child safety seats can also be found in the trunk of the cars for families with little ones looking to move around the parks in style. The service will cost $20 to take a private ride anywhere you want to go on Walt Disney World properly.

Currently, the Minnie vans are still in a testing program but will officially roll out soon.

Make sure to check out our previous coverage of the Minnie van.