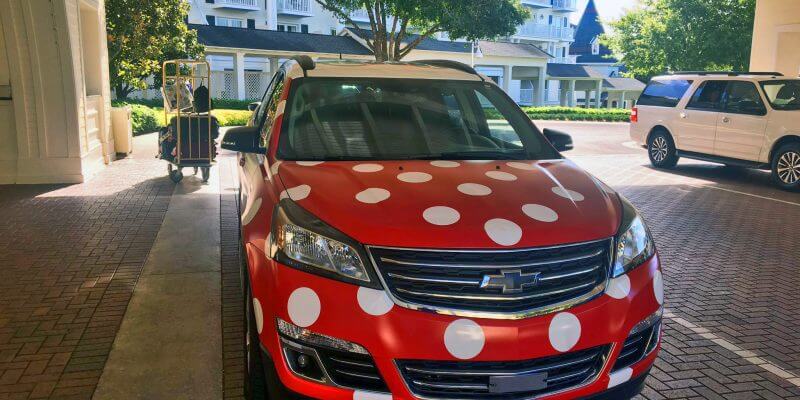 Tired of waiting for a bus at Walt Disney World? For a few extra bucks, you can now hail a Minnie van – Disney’s answer to Uber.

Just two days after being officially announced, the service has been spotted as a new transportation offering at Disney’s Boardwalk Resort and Disney’s Yacht and Beach Club Resort.

Twitter user @glassj3n was among the first to see one of these stylish new Minnie Mouse-themed Chevy vehicles, supplying us with these photos. The service will reportedly cost $20 to take a private ride anywhere you want to go on Walt Disney World properly.

Walt Disney World made the Minnie van announcement at the D23 Expo 2017 along with the Disney Skyliner, a new gondola system to be built in the coming years:

The Minnie vans will be available for guests to book later this month.