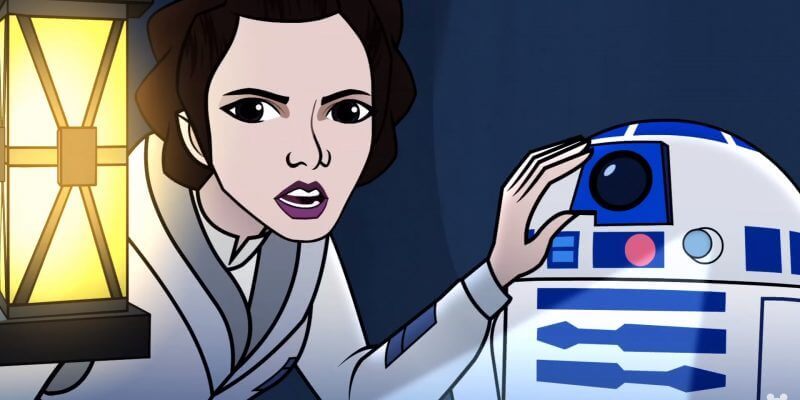 The new series of animated shorts “Star Wars: Forces of Destiny” is proving to be an interesting addition to the larger Star Wars saga. Beyond further exploring the adventures of the ongoing space opera’s female protagonists, the series also serves to fill in some of the gaps and answer a few different questions about the mythology and minutiae of the vastly popular film franchise.

In the fifth installment– mistakenly labeled as Episode 6 on YouTube for some reason– Princess Leia (voiced by Shelby Young of “American Horror Story”) accompanies R2-D2 to investigate the disappearance of Chewbacca in the Rebel base on Hoth, just before the events of “The Empire Strikes Back.”

I’ve definitely been enjoying “Forces of Destiny” so far, and it’s reinforced my belief that I wouldn’t mind seeing a regular animated series in this style, perhaps starring the characters from the original trilogy and taking place between the movies, much like the current run of Marvel’s “Star Wars” comics.

Three more episodes of “Star Wars: Forces of Destiny” are scheduled to debut on Disney’s official YouTube page over the next few days, and the entire eight-episode run will air this Sunday night, July 9th on Disney Channel.

Comments Off on VIDEO: Return to the icy world of Hoth in latest episode of “Star Wars: Forces of Destiny”