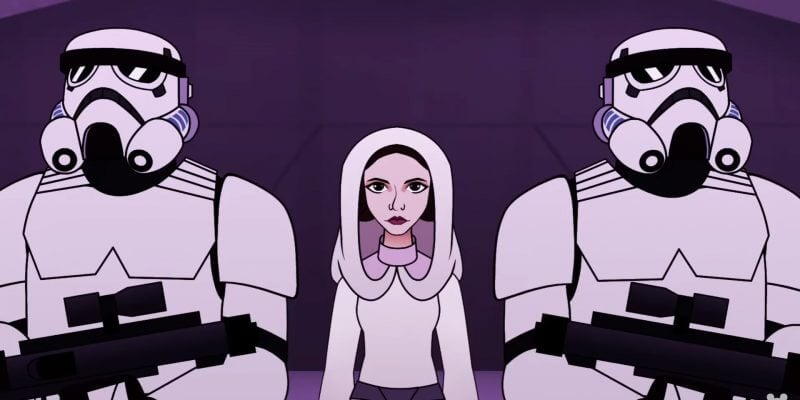 Well, that week certainly went by quickly. On Saturday and Sunday the final three episodes of Lucasfilm’s animated “Star Wars: Forces of Destiny” series went up on the official Disney YouTube page.

The new shorts, which continued to fill in some of the gaps and answer a few burning questions about the larger Star Wars saga, reunited several of the female heroes from the movies and television shows set in a Galaxy Far, Far Away.


The seventh episode, entitled “The Stranger,” concerned the militant freedom fighter Jyn Erso (played by Felicity Jones of “Rogue One: a Star Wars Story”) as she takes on a team of Imperial Stormtroopers in an effort to help a street dweller reunite with her confiscated Loth-cat.


All eight episodes of “Star Wars: Forces of Destiny” aired this past weekend on Disney Channel, and the series is expected to return this fall with future installments.

Comments Off on VIDEO: Final three “Star Wars: Forces of Destiny” episodes unite female heroes from across the galaxy