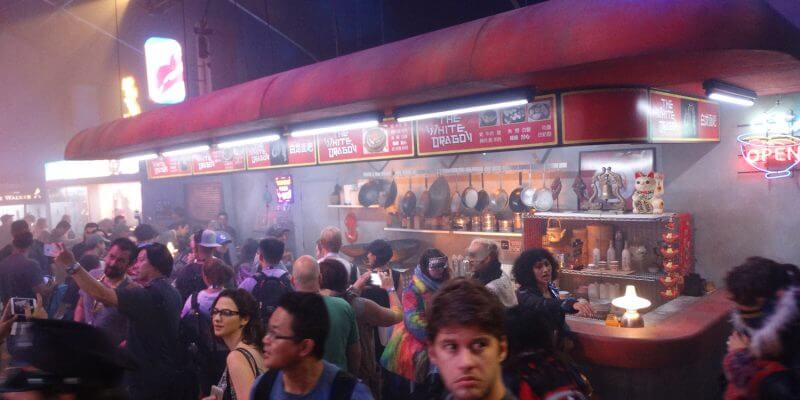 Since its release in 1982, director Ridley Scott’s seminal science-fiction film “Blade Runner,” starring Harrison Ford, has become one of the most admired and influential movies of the modern era. This fall, fans of the film will finally get a proper sequel, “Blade Runner 2049,” directed by Denis Villeneuve (“Arrival”) and starring both Ford– reprising his role as Rick Deckard– and franchise newcomer Ryan Gosling (“La La Land”).

At San Diego Comic-Con 2017 over the weekend, “Blade Runner 2049” production company Alcon Entertainment presented an immersive walkthrough experience promoting the movie, which allowed guests the opportunity to explore a large recreation of the futuristic Los Angeles seen in both films.


Participants were also able to enjoy an authentic noodle dish and (if they were over the age of 21) some Johnnie Walker Scotch whiskey. Whether you partook in the food and alcohol or not, it was very cool to be able to walk around in a nearly fully-realized 2049 version of L.A. built under a giant tent in downtown San Diego, just blocks from the convention center.