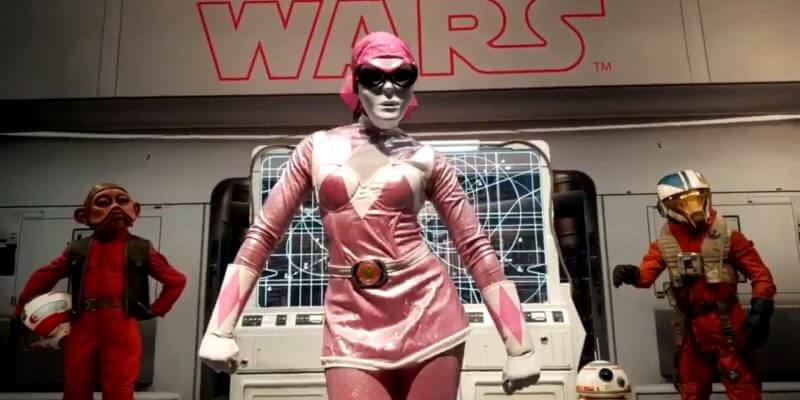 It can be difficult for celebrities to walk around anywhere without getting recognized or pestered for photos and autographs by adoring fans, let alone at a crowded gathering of pop-culture devotees like San Diego Comic-Con. That’s why some celebs have taken up the habit of covering their faces with character masks in order to blend in at the annual event.

Over the past few years, acclaimed Kenyan/Mexican actress Lupita Nyong’o has racked up quite a filmography under the Disney corporate umbrella. First she starred in the motion-capture role Maz Kanata in Lucasfilm’s “Star Wars: The Force Awakens,” then she voiced wolf mother Raksha in director Jon Favreau’s “The Jungle Book” remake, followed by the true-life live-action drama “Queen of Katwe.” This fall she’ll be back as Maz for “Star Wars: The Last Jedi” and next year we’ll see her as Nakia in “Black Panther” for Marvel Studios. This past weekend, Nyong’o took advantage of the anonymity provided by masked cosplay at SDCC 2017, donned a Pink Power Ranger costume, and danced/pranced her away around the San Diego Convention Center. She sure seemed to enjoy herself while doing it, too.

WATCH (NSFW DUE TO LANGUAGE):

“Star Wars: The Last Jedi” will be released into theaters nationwide on Friday, December 15th, and “Black Panther” will follow on Friday, February 16th, 2018.