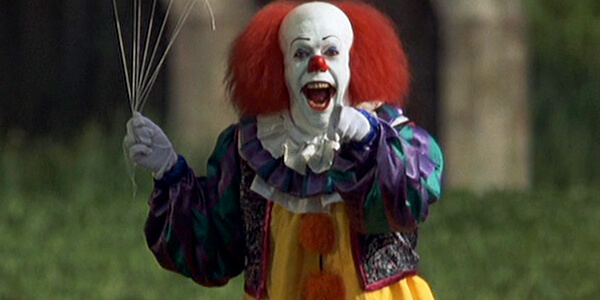 Stephen King’s “IT” created a fear of clowns for the majority of a generation. With three trailers released, it appears that the 2017 remake will keep that fear alive.

The third trailer for the film was released yesterday and it provides our best look yet at the sinister clown that will terrorize “The Losers Club.” This violent villain has a very different look from the original, making Tim Curry’s Pennywise look almost innocent.

And speaking of the original character, the trailer featured an easter egg that fans of the original mini-series/film may have caught. In the intense finale of the trailer, Pennywise leaps from the shadows amidst a collection of clown dolls. One of those dolls bears a resemblance to a familiar face. Just to the left of the new Pennywise, you can see what appears to be a puppet of the original. This side-by-side comparison shows us just how much more evil looking the new clown is.

“IT” will premiere in theaters September 8.

WATCH – The third trailer for “IT”: