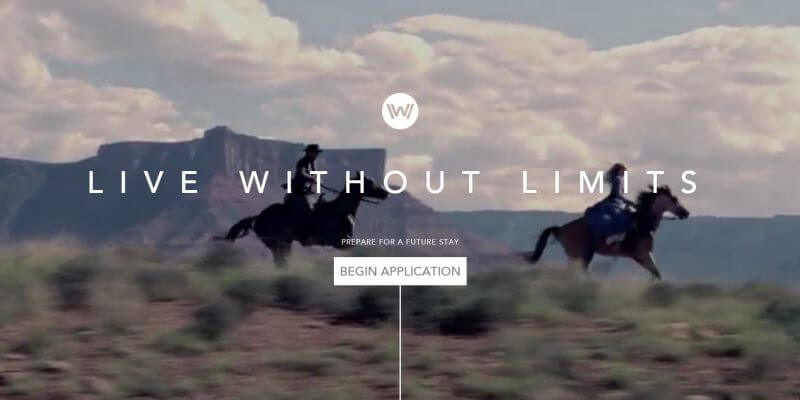 Live without limits. That’s the promise of Westworld, the futuristic theme park populated by robots and set in the wild west on the acclaimed HBO television series of the same name. The first season of “Westworld” made its debut last fall to high praise from viewers and critics alike. Season two isn’t set to premiere until 2018, but we now know when we’ll get some more information about what stories and characters it might contain.

Today HBO launched the new alternate-reality website DiscoverWestworld.com, which offers hints as to the nature of the TV show’s return, in addition to revealing an expanded presence at this year’s San Diego Comic-Con International.

On the intentionally-glitchy website, fans can interact with an informative artificial intelligence named Aiden, learn more about the park itself, and even attempt to register for a visit. An “unknown user” even appears to hack into the site to inform guests about something having gone wrong within the confines of the website and to send out a request for help. Predictably, the site’s programming kicks back in and promotion for the park resumes.

Upon further exploration of the site, one finds that several paths lead to the announcement that more information and an interactive experience will be unveiled at San Diego Comic-Con in just a couple weeks. The existence of this “Westworld Experience Center” is also corroborated on HBO’s official website for the show, elaborating: “Looking for a taste of the luxuries and liberties afforded to Westworld guests? This immersive experience will not disappoint. Some of the park’s most iconic elements await guests lucky enough to attend.”

“Sign up details to come,” concludes HBO’s synopsis. So it appears as though we’ll have to wait just a little bit longer in order to find out how to participate.

San Diego Comic-Con 2017 takes place July 19th through the 23rd at the San Diego Convention Center in Southern California, with the Westworld Experience Center scheduled for Friday through Sunday, most likely at an offsite location. “Westworld” returns to HBO sometime in 2018.